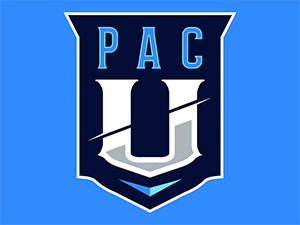 WSU’s official esports program will participate in a series of standalone exhibition matches across multiple video games this fall. The competitions are being organized by the newly formed “Pac-U,” made up of esports organizations from public and private universities that represent the NCAA™ Pac-12™.

Unaffiliated with the Pac-12, the Pac-U is made up of students, staff, and faculty coordinating to fill the gap left by the shortened or postponed pandemic-affected “traditional” Fall 2020 sports seasons.

“Working together is something that all of our schools’ students and staff have been talking about doing for a while: pooling our resources to hold regular matches more aligned with what our athletic departments do,” said Gabriel del Rosario, WSU Junior and Pac-U Broadcast Director. “When we realized that most of us would either be completely online or have hybrid classes with shortened sports schedules, we knew that we had to step up and give our respective student bodies and alumni something to safely rally around.”

The Pac-U’s inaugural season this fall will last for approximately six weeks, with a series of invitational matches beginning October 8th and ending with a series of “Spotlight Matches” the week before Thanksgiving. This year’s series is not a “tournament” and won’t result in a “championship,” but schools will have a chance to build fandom by scheduling games further out and allow them to bring their analog sports rivalries into the digital arena.

“We have a lot of talented people on our WSU esports teams, and we’re all very excited to represent WSU as part of the Pac-U,” said James Hoplin, WSU’s esports coordinator and esports team coach. “Ultimately, our goal is to provide WSU fans with a safe, fun, and engaging way to cheer on their Cougs, no matter where they are in the world.”

Teams will primarily compete playing Riot Games’ League of Legends, Blizzard Entertainment’s Overwatch and Psyonix’s Rocket League. Pac-U is discussing adding limited exhibition matches later in the fall for Nintendo Entertainment’s Super Smash Bros. and Blizzard’s Hearthstone. There will be no shared sponsors or prizing this year, but the Pac-U is hoping that will change over time as the group discusses formalizing the organization with individual game publishers over the coming months.

Pac-U matches will be streaming live this fall on their dedicated Twitch channel. Keep up to date on WSU’s matches on the WSU Esports Twitter feed.

For more information on the Pac-U, visit their website.