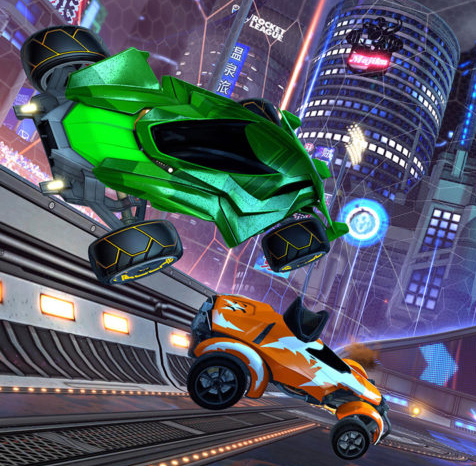 Newly formed this year, the Pac-U is made up of esports organizations from public and private universities that make up the Pac‑12™ athletic conference. Pac‑U was created to fill the gap left when the fall 2020 seasons of traditional college sports were shortened or postponed because of the COVID-19 pandemic. The PAC-U collaboration created new opportunities for students to compete safely in online intercollegiate gaming competitions.

“I’m proud of what the WSU teams accomplished this season,” said Tim Lamb, WSU Esports Club President. “Our players have shown that we have what it takes to step up our game and beat these other very competitive teams.”

The Fall 2020 Pac-U season, composed of standalone exhibition games in multiple gaming titles, concluded with final competitions on Nov. 20. Competitions throughout the season were streamed live online so fans could cheer on their teams.

“We are very glad to have had the opportunity to represent WSU as part of the Pac‑U. We have so many talented people on the team, and it was fantastic to be able to showcase their skills for WSU fans everywhere,” said James Hoplin, WSU’s esports coordinator and team coach. “We wanted to provide those fans with a safe, fun, and engaging way to cheer on their Cougs, especially this year. I think we definitely accomplished that.”

“We’re very excited for the upcoming season and for getting more students involved. If you have a passion for esports and want to represent your school, I highly recommend that you try out for the team,” said Hoplin. “This past season has shown us that our team is willing and able to dominate the competition, and I can’t wait to join my fellow Cougs in cheering them on as they do that again.”

WSU students who would like to try out for the WSU esports team to compete in the upcoming Pac-U season may contact James Hoplin at jhoplin@wsu.edu.